T he Australian government aims to see more than 80% of the nation’s power derived from renewables by the end of the decade, but a report published by the Reliable Affordable Clean Energy for 2030 Cooperative Research Centre (RACE for 2030) warns a rapid scale up in the electricity sector workforce is required to deliver the renewable energy transformation.

The Australian government is targeting 82% renewable energy in the grid by 2030 and that means a rapid acceleration in the roll out of renewable energy generation, energy storage and transmission projects; given only about 34% of the power in the National Electricity Market (NEM) was supplied by renewables last year.

To achieve the 82% target, the Australian Energy Market Operator (AEMO) has estimated Australia needs to increase grid-scale wind and solar from approximately 17 GW now to 44 GW by 2030. Storage capacity in the form of batteries, pumped hydro, and virtual power plants needs to increase from 2 GW to 15 GW by the end of the decade while there needs to be an increase in distributed solar from 15 GW to 35 GW over the same period.

To deliver these increases, the Australian Electricity Workforce for the 2022 Integrated System Plan: Projections to 2050 report shows there needs to be rapid growth in the renewable energy construction workforce.

The modelling shows 12,000 more workers are needed by 2025 to build the wind and solar farms, batteries, transmission lines and pumped hydro storage required to transform the nation’s energy system.

“The problem is, these workers don’t exist at present,” the report says, adding that unemployment rates are low and the peak demand for labour in solar and wind farm construction would outstrip the entire current workforce in some regional areas.

“To add to the challenge, skilled workers tend to live in major population centres, but clean energy projects are virtually all in the regions. So the clean energy sector must compete with big infrastructure projects in the cities, which pay more and don’t involve travel,” the report continued. “You can see the challenge. If we don’t get this right, the clean energy transition just won’t happen.”

The report, prepared by researchers from the University of Technology Sydney’s Institute for Sustainable Futures (ISF) working in collaboration with AEMO colleagues, provides estimates of how many workers are needed to deliver the market operator’s 2022 Integrated System Plan (ISP), the 30-year roadmap of investments required to meet the federal government’s renewable energy targets.

The workforce projections cover electricity generation, storage, and transmission construction for three 2022 ISP scenarios including the step change, the hydrogen superpower and the slow change. Under the three growth scenarios, a rapid scale up of the energy workforce is needed to implement all scenarios except the slow change.

Under the Step Change scenario, considered the most likely scenario by most stakeholders, the combined workforce for renewable generation, storage, and transmission construction needs to increase by 12,000 in just two years to 2025.

The ramp up needed for the Hydrogen Superpower scenario is far steeper, with a combined increase of 31,000 needed by 2025.

“The rapid increase needed for in-demand occupations brings a high risk of skills shortages which could impact on the achievement of the ISP,” he said. “Skill shortages create the risks of delays and increased project costs.”

While the modelling warns of a labour shortage, RACE for 2030 Chief Executive Officer Jon Jutsen said the electricity workforce needed nationally to deliver the energy transformation is far larger and more diverse than outlined in the report.

“The modelling does not include Western Australia or the Northern Territory, both with significant renewable growth projected, as the ISP only covers the NEM,” he said.

“The modelling does not include the growing requirement for jobs in energy efficiency, demand-side and energy management, or electrification, which could more than double the workforce projections.”

The researchers called for state, territory and federal governments to work together to plan and implement skills, training and workforce development before it is too late.

“Workforce planning should be brought into overall energy system planning,” they said. “Most electricity planning favours ‘just in time’ construction, where infrastructure is built as it is needed.

AEMO said it as well as helping inform future workforce needs in Australia’s energy sector, the report will be used in upcoming consultation on the Draft Inputs, Assumptions and Scenarios Report (IASR), a key resource used to develop the 2024 ISP.

US Open: Why its marketing is a grand slam | Viva La Brand 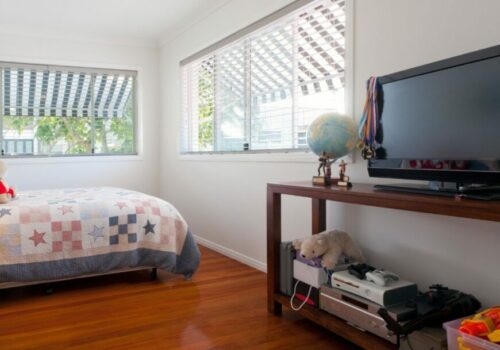